“Scientists often feel they have to censor themselves.”

Julia Marcus is a public health researcher at Harvard Medical School. She comments on public health communication about Covid, and how to craft the most effective messages in these confusing times. An expert on HIV prevention policies and a proponent of harm reduction, she takes a strong stance against shaming and moralistic discourses. Unknown to the public at the beginning of the pandemic, she has now given hundreds of interviews to American radios, TVs and newspapers. She also writes regular columns for one of the most prestigious American magazines. She tells us how she has made it through such an intense crash course in science communication. 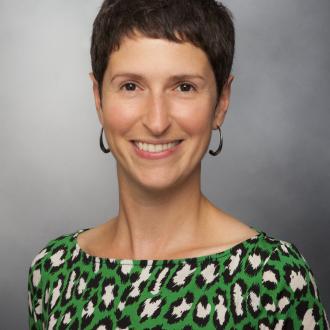 As a scientist, how exactly did you become involved in communicating science to a wide audience?

Before the pandemic, my interaction with the public was pretty minimal. I occasionally gave interviews about my own work or research relevant to mine, but I did not do much public-facing science communication. Early in the pandemic, I was still fairly new to Twitter. I was just posting some thoughts to the few followers who were interested in my work. Then, an editor from The Atlantic asked me if I wanted to write a piece about something I had tweeted. Almost overnight, that article changed my role in this pandemic. After that, it turned into a series of essays and a much broader presence on Twitter. I am essentially writing about public health communication. In other words, I do not share basic information about the pandemic as much as I comment on the discourse between health professionals and the public.

For example, you often pointed out shaming as a counterproductive prevention strategy.

Yes, this is the problem that inspired some of my initial writing. Back in April, people were emerging from stay-at-home orders, and there was a lot of shaming on social media. It was not just between members of the public. I could see that many health professionals were also starting to adopt a moralistic tone regarding people’s behavior. It reminded me of the mistakes we made with HIV. I essentially wanted to warn people about the potential harms of adopting a moralistic approach to prevention. I wanted to remind them about how poorly it played out for HIV. I see myself as someone who is trying to gently guide health professionals, elected officials, and the public, to consider a more compassionate approach that takes into account people’s human needs.

You are a proponent of harm reduction approaches. Could you explain what this means?

It is an approach that has been applied in many settings. It was initially developed by and for people who use drugs, particularly people who inject drugs. Rather than requiring abstinence or total risk reduction, a harm reduction approach accepts that some risk may happen, often for reasons that are out of people’s control. It also takes a broader perspective that considers the context that shapes people’s decision-making and drives their risks. For example, instead of scolding risk-takers for their personal failure or their poor choices, we take a step back and ask why they take risks. Only then, we might start to see the contextual factors that shape decision-making and risk. Some people might go to work when they are sick because they need a paycheck to feed their families. They may do so because they lack the necessary support. With the harm reduction approach, we start to see how we can actually intervene to help these people meet their basic needs and reduce risks. Unfortunately, it is not really the approach that we have taken during this pandemic. We almost exclusively emphasize personal responsibility. Of course, we all have a responsibility to try to protect ourselves and others during an infectious disease outbreak. But the exclusive emphasis on personal responsibility also distracts from the structural factors that affect people’s risks and decisions.

Among experts, online discussions sometimes take aggressive turns between proponents of harm reduction and supporters of precautionary principles. How do you navigate this gap in your communication?

There is often some tension between harm reduction and what we might call an abstinence-only or zero-risk approach. Some people think that harm reduction will result in poorer health outcomes because they perceive it as allowing for more risk, as being more permissive. To bridge the gap, I think it’s important to be clear that we have a shared goal. We all want to maximize public health, and we need to identify the strategies that are most likely to get us there. When I talk about how shaming is not likely to be an effective public health approach, people sometimes conclude that I’m suggesting we should let people do whatever they want, and just condone reckless risk-taking. In fact, that is not at all what I am saying. During these past six months of writing, tweeting, and interacting with the public and colleagues, I have learned that I have to be very explicit.

How do you feel about the extreme politicization of the pandemic, especially here in the United States?

We could talk for hours about how politicization has impacted public health communication and the scientific discourse. I think scientists often feel they have to censor themselves in their public communication, in part because of this polarized political climate. I censor myself constantly. As a result, I tweet very rarely now. The more followers I have gotten, the longer the pandemic has gone on, the quieter I have become. The politicization of every aspect of this pandemic has made it very difficult for scientists to comment on the events without being misconstrued.

Did you learn that lesson because of negative feedback?

People will react anytime you’re in the public eye when you are speaking to the media, or directly to people on Twitter. I have received floods of comments and emails, most of them positive, but of course not all of them. Sometimes you will get yelled at no matter what. But some of the feedback has been helpful for learning how I could have explained things better. The next time I write, I know that if I am not very explicit about a given detail, it will be misunderstood. I think that two-way conversation with the public has helped my communication improve over time.

Do you remember a concrete example of a misunderstanding you could have avoided?

There are many! I’m trying to think of which one to give you… For instance, I wrote a piece in July about masks. It was called “The Dudes Who Won’t Wear Masks”. I centered it around a distasteful person who was very vocal about not wanting to wear a mask and had previously been openly misogynistic and racist. I essentially argued that shaming people for not wearing a mask, even this person, was not going to be an effective strategy. My point was that our duty in public health is to serve everyone, regardless of whether we like or agree with a given person. Based on some of the feedback I received, I think I could have made it clearer that my position was not about coddling people like him. It was about what approach will be most effective in encouraging them to wear a mask to protect those around them. My argument was that the most pragmatic and effective approach is the one that will get us to the end goal, which is to get the guy to put on a mask. It is not what makes us feel good by expressing our personal frustration and distaste. I think that I could have made some of those links more explicit. In my subsequent writing and Twitter threads about that piece, I made clear that it is not about coddling this person. It is not about him at all, actually! It is about how we can maximize health in the community.

Do you make any difference when you craft a message for the general public, compared to a communication destined to your peers?

Everything I have communicated during the pandemic has been public-facing. But my personal target audience remains health professionals and others who are doing public health communication.

I would also like to hear about your experience with the media. How would you describe it so far?

Right after my first piece was published in The Atlantic, I was on the Chris Hayes show that night. I don’t have a TV. People around me were like “Wow you’re going on Chris Hayes!” And I didn’t know who he was. After that, it was just nonstop. There have been times when I’ve received dozens of media requests a day, but it comes in waves. It depends on what is happening, or on what I have recently written. It has been a real crash course, with positives and negatives. I appreciate the opportunity to have a small influence on the public debate, but at the same time, it is an enormous amount of unpaid work. And again, anytime you are in the public eye, you get reactions from people. As an introvert, I find it uniquely exhausting.

Would you go as far as saying that your public success was accidental?

Yeah, maybe! That said, I have been so gratified by some messages I’ve received from the public. It is rewarding to learn that your words have moved some people or helped them feel more able to withstand the ordeal of the pandemic. So there is an incentive to keep writing essays that can reach a wide audience. But in the end, my personal goal is really about changing the way public health does its job.