“Science communication is not just a wartime activity.”

Subhra Priyadarshini is an award-winning science journalist and currently the Editor of Nature Publishing Group’s India portal. She has been keenly following the evolving science, research and innovation climate in Asia through the last couple of decades. Priyadarshini has been a journalist in the mainstream Indian media for over a dozen years. She chose to come back to her first love – science – to launch Nature India in 2007. Through Nature India’s many workshops and outreach activities, she has been engaging with Indian scientists in science communication and presentation skills. She explains the impact of Covid-19 on the way scientific research is communicated in India and why she is optimistic about lessons learnt on science communication. 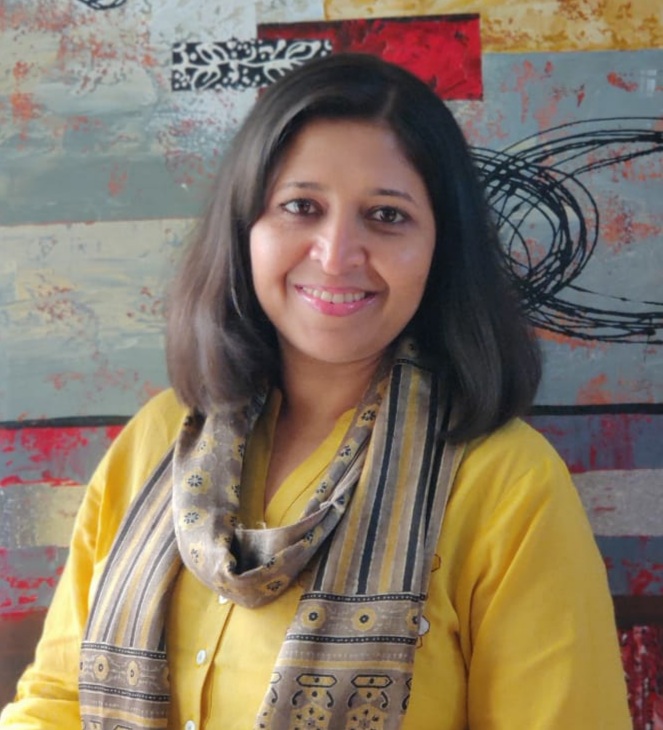 How did or will the pandemic impact science communication across the globe?

As we know the spotlight during the pandemic was on science, everybody that you or I know was looking at science for getting answers, to all the questions we were asking for. Everyone in science communication really had a really tough time making news and views accessible, understandable, and accountable. So the pandemic in terms of having an impact on science communication – I would think was that everybody wanted to gear up to give news, views, communication and information in a manner that was more accessible and in real-time for the people across the globe; because it wasn’t just a simple regional phenomenon. It was something that was across the world. So, everybody had to gear their own channels and their own energies up to serve a global audience.

In your opinion, what changes has the pandemic brought into the science communication ecosystem in India?

I would say the rush of science news stories and information – it brought out the ever-increasing importance of having dedicated resources in organisations to do science communication. Everyone realised the need and importance of having trained communicators who can also bust misinformation in real-time. But just like we were struggling with the creaking healthcare system, and we knew it forever, it wasn’t like we discovered it during the pandemic; similarly we realised what it can look like during a pandemic if we have a bad healthcare system. Similarly what a poor science communication resource base or capacity could tell upon the kind of communication that goes out from policymakers, institutions or research organisations doing science around the virology or epidemiology of the virus or public healthcare systems. I think we all fell from the heavens, so to say, when the science communication or emergency risk communication loopholes were staring at us in the face during the pandemic. So I think it brought out a very significant lesson – that we cannot wait for wartime, if you can take that analogy, to be able to buck up our ammunition and arsenal. For us to be able to realise that science communication is not just a wartime activity, it is something that has to be done forever. And then we will have the capacity to fight something like a pandemic.

What were the major challenges faced by science communicators while sharing information related to Covid-19 with the public and policy makers? And how did they mitigate that?

The science communicators, as I have already mentioned, were competing with other global level media houses as well as the information channels on a science story which was typically the biggest for our lifetimes. We were all focusing deeply on science suddenly. In order to see how the regional media evolved, or people who were doing scicomm in organisations, institutes or research bodies, how that evolved very quickly – was that they were all trying to tell a global story in real-time, at the speed at which the pandemic was changing. And so the story and the science was also changing very quickly, certainly at the beginning of the pandemic. The research papers continued to flood out the communication ecosystem. So that was a big challenge – on deciding what stories to tell, which news item to cover, and which one to leave, very importantly. Triaging the flood of story ideas, and how to prioritize the limited resources of communicators, reporters or editors suddenly was upon us. So that was one big challenge. The other big challenge was scotching misinformation in real-time. The science stories were evolving, the science was evolving as fast as the misinformation was. Sometimes, the misinformation was actually faster than the research, because research does take some time to evolve – but misinformation can just go by way of one WhatsApp story. So scotching that in real time was one of the biggest challenges. The other thing that I thought personally affected all of us was, suddenly all of us were shifting to working at home with children or caring responsibilities and the stress that built for communicators, journalists and editors. We don’t talk about the mental health aspects of journalists and editors very much but it did take a toll on me and my peers and all of them that I know of. I think those were some of the key challenges.

In your opinion, do you feel that science communicators compromised on the quality of outreach due to the flood of non-yet peer-reviewed results (such as preprint articles) and urgency for communication?

I think the people who took their science and science communication seriously, I didn’t see too much of a compromise in those kinds of organisations. Certainly for Nature Research, our general policy was, on covering pre-prints at least, is we do report on them. But our policy is to always say that it has not been peer-reviewed. And in a news story, we try to seek comments from other experts in the field. So, very quickly and quite early in the pandemic, we drew up an editorial criteria to try to help filter ideas and distinguish our coverage. We wanted to cover stories and ideas that met at least some of the following criteria:
They had to be essential, which means they had to add value, or offer an original angle. Which meant we might have well left out a scientific paper or a story that every other news outlet would covered or was covering – as we didn’t think we added too much to the story, or we were as fast as many others were.
We were focussed on research, on researchers – most of the times and we wanted to offer authority and depth on a key issue about the pandemic. We also wanted all our stories to be desirable. So that an international audience, the story had to be international in its scope, or show why the issue really mattered internationally. It also had to have a very strong backbone of science and include data, talk to as many experts as possible. So all of those things were taken into account in order not to compromise even if we were fast, even if the flood of stories were coming in. So we didn’t want to be seen as organisations or bodies which were compromising on quality despite the speedy nature of the entire communication.
However, having said that, I did find that by and large, the communication did not fall into the trap of being poor communication or misinformed communication, because people were really taking care. Newsrooms were really taking care to vet their stories via experts and many scientists were writing for news organisations. So that was another great learning during the pandemic was that scientists actually became very good communicators. Some of them in India were really doing a great job, writing in several outlets. So I don’t think the quality was really compromised.

Did the pandemic bring about any change in the perception and attitude towards science communicators present among the public, policy makers and scientists?

It really did. I think just like we talked about our healthcare system, the public healthcare system was something that everybody was reviewing during the pandemic – though it wasn’t certainly the time the healthcare system needed a review, but surely we learned our lessons there. Similarly, we learned our lesson in communication. At least in India, I saw that the policymakers were gearing up fast enough to make accountable data available in real-time. They had some glitches in the beginning but those were ironed out as we proceeded into the pandemic. I also saw more resources being dedicated to science communication – not just in the government but also in organisations which were doing outreach and communication. I saw a lot of scientists come up and do their bit in communicating science in India. I saw great responses from some groups of scientists who were doing wonderful citizen science projects during this time. So in all, I thought we all geared up to face the challenge quite well and we still are continuing as we still are in the pandemic and it hasn’t gone away. I think that a lot of these efforts were speaking of quality science communication evolving in research organisations, in resource-poor settings like India, where we haven’t really seen our science communication efforts being scaled up to this level or this scale.

What changes you are expecting in the field of science communication in future / post COVID-19 world ?

I would be optimistic and say that we would have learned our lessons. When I say we, I mean the science communicators of this country, the outreach organisation, the research organisations who do science outreach, the policymakers, the funders who finance these kinds of activities, I would think that all of us certainly would take a leaf out of these pandemic lessons and gear up to be better communicators, real times scorchers of misinformation, fact-checkers, create a really good body of not just resource people but also a body of work around citizen science of public communication, of engagement, of risks and emergencies.